Within the last 7 days, the world has heard about three different types of terrorist attacks. The first was a bombing in Colorado Springs Colorado. The NAACP headquarters in that city was bombed by an unknown person.

The image of seeing fire and smoke from in front of an NAACP building forced many to remember a time when that was a regular thing. In the 50’s and 60’s domestic terrorists called the Ku Klux Klan would often bomb targets like the NAACP or anyone, White or Black, trying to push for equal rights for Blacks at the time.

While news trickled out, more on social media than anywhere else, I was waiting on CNN, NBC, Fox News to break into their coverage. Other than a quick mention, that was it.

The second act of terror was pulled off on the offices of French satirical newspaper Charlie Hebdo. The paper and their editors were and have been targeted by Islamic extremist who took issue with their constant attempts to draw a laugh from their readers with their commentary on their religion and constant portrayals of the prophet Muhammad. More than 17 people lost their lives after three masked men stormed the office with machine guns.

The tragedy was enough to draw global coverage. To this minute, there is some news outlet discussing the Charlie Hedbo tragedy and are asking the dreaded questions, “Do all Muslims want to kill us?”

The last tragedy could’ve happened weeks ago for all we know. The country of Nigeria has been terrorized by Boko Harum. The terror group who successfully kidnapped more than 200 Nigerian girls from school and either married them off or sold them into the sex trade all while bragging about it has been conducting business as usual for months now without a peep from Nigeria or the news.

You would’ve thought that the worlds eyes would be glued Boko Harum considering what they’ve done in the past. Yet reports out of Nigeria that appeared this weekend say that the group killed more than 2000 Nigerians in another act of terror.

Nigerian officials look confused as they try to figure out how in such an oil rich country these kidnapping and killings could go on without anyone asking, “what’s going on.”

All three of those events should be spoken about. All three should be subject to continuous news coverage. Talking heads should be having round table discussions on how to curb this violence were seeing break out globally. But we’re not.

The world has been transfixed with France and standing in solidarity with them as they mourn the deaths of the 17 who dies thanks to the Charlie Hedbo attacks. While this story is big, it’s not bigger than the other two you would think.

Even as I type this right now, you’d be hard pressed to find coverage like what we see with Charlie Hedbo for the NAACP bombing or what’s going on in Nigeria. 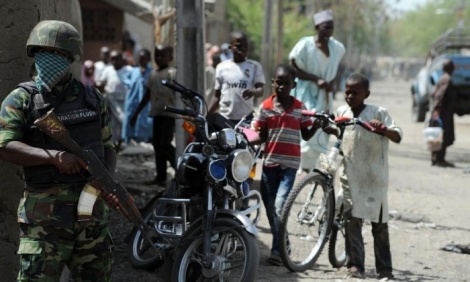 After the millions who marched for chanting “Black Lives Matters” globally for the last four months, you would think two atrocities like this would’ve been headline news as well.

It took mass protests to get people to speak about the number of unarmed Black men and women and the hands of police. What will it take to get the mainstream media to acknowledge that, like they kept trying to push down our throats, “not just Black lives, but all lives matters.”

It’s hard to explain to people that, their vote can make a difference, your voice counts, your life counts, when the media picks and chooses what they want to cover concerning our vote, thoughts and life.

4 kids get shot over a weekend in Chicago and it will be on constant rotation. 2000 die in Nigeria and not a mention. Looters rob a store in Ferguson during peaceful protests and the news try to make that part of the narrative. A bomb goes off outside an NAACP office in a notoriously racist part of that state and barely gets a mention.

This is one more time that the media decides what part of our lives matter. Choosing to air sympathetic, round the clock coverage of an attack of a tasteless newspaper that has been basically taunting a marginalized group of people for years, as opposed to mentioning that two other terrorists attacks happened as is disheartening and very hypocritical.

I’m not sure what has to be done to actually make the news anymore. What I do know is a bombing outside of an office that’s dedicated to making America become the place of democracy that it proclaims to be, and a large-scale massacre of people who most of the world would deem as savages anyway, won’t make it.

I don’t know how to end this. There’s no real cute, cool way to wrap up a story where I’m basically asking, “When the hell will Black lives matter, like for real?!”

I guess that it is how I’ll end it. “When the hell will Black lives matter, like for real?”

Seriously. When will it?

Posts From The Underground

Error: Twitter did not respond. Please wait a few minutes and refresh this page.

Notes From The Underground TV